On Thursday, November 8th 2012 a press conference was held in the offices of constitutional lawyer Rocco Galati. The subject was to announce a class action lawsuit that was recently filed, on the behalf of their clients, against Health Canada.
The clients Nick Mancuso (Actor/Consumer Advocate), Marilyn Nelson (Natural Health Freedom Canada), and David Roland (Natural Health Freedom Advocate) are seeking justice on behalf of the people who sell dietary supplements, vitamins and natural health products in Canada. In the Statement of Claim filed in the Federal Court of Canada, the Lawsuit claims that many of the current policies, regulations and actions undertaken or initiated by Health Canada, against Canadian natural health product manufacturers, retailers or their suppliers, are unconstitutional and contravene The Canadian Charter of Rights and Freedoms and The Canadian Constitution. 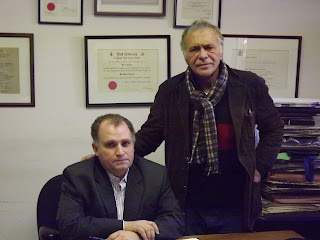 The Class Action Lawsuit maintains that:

1) Dietary supplements and vitamins (“natural health products”) are safe.  In the entire 50+ history of the health food industry in Canada, these innocuous products have caused zero fatalities.

2) Consumers are sufficiently protected from possible harm and fraud with respect to these products by the Food and Drugs Act, the Competition Act, Canadian Advertising Standards, and the Criminal Code.  The Natural Health Product Regulations are unnecessary in that they do not provide any additional protection to consumers.

3) The Natural Health Product Regulations and the NPN Licensing Scheme are ultra vires (unlawful) in that they contravene the Constitution Act, 1867.  Health Canada does NOT have any legal authority to regulate health products, as such.

4) Health Canada has the right to restrict only those products that have been proven to have caused death or serious injury.  In the absence of proven harm, dietary supplements and vitamins must be presumed to be safe (i.e., innocent until proven guilty).  Health Canada has unlawfully reversed this onus, however, by insisting that suppliers prove their products “not unsafe” before being granted permission to sell them.

5) The oppressive and unlawful NHP Regulations have restricted many thousands of safe and effective products from the market, thus depriving consumers of their freedom to choose valuable health options (in apparent violation of our Charter of Rights and Freedoms).

All this has come about because of policies that the United Nations has set forth and the Canadian government has adopted as part of the GATT (General Agreement on Tariffs and Trade) The effect these laws have is to give a very large advantage to the large pharmaceutical company’s at the expense of smaller health product manufacturers, retailers and  suppliers of such things as vitamins and oil of oregano, Many of these products should be treated as food and not drugs anyway. By putting strict drug licensing and regulations on these small manufactures, producers and retailers the government is forcing them out of business and turning over a large and growing market over to the big pharmaceutical manufacturers and retail drug store chains. Many of these products are not drugs at all but herbs, spices and mixtures of natural plants that mankind has been using as natural herbal remedies for hundreds of years.
Nick Mancuso pointed out at the press conference that although many deaths can be attributed over the last few years to drugs that were approved and latter pulled by the FDA, Nobody had in fact ever died from the proper use of “natural health products”
This class action suit will effect every family in Canada in the way you wish to keep your family healthy and the foods and herbs you will be allowed to have access to. This will be one to follow folks!